Healthcare costs are issues common to global populations as the prices of medicines and cost of health care services continue to increase at unaffordable levels. Even in rich countries like the US, most consumers save money by buying generic medicines. After all the Food and Drug Administration (FDA) gives assurance that generic drugs are just as effective as their branded counterparts.

Actually, nearly half of the generic brands of medicines available are supplied by Indian pharmaceutical companies. As a matter of fact, India is currently the largest supplier of generic medicines, providing more than 60% of the world’s demand for generic brands. 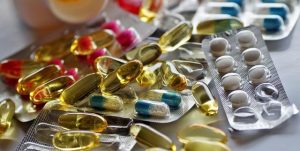 The government of Prime Minister Modi recognized the Hindustani population’s need for affordable medicines by supporting the legislative movement of mandating physicians and healthcare providers to prescribe or administer only generic medicines.

First off, it must be understood that generic medicines in India use the same formulations that were evaluated and assessed in connection with their patent approval. They become generic, after the original patent expires and the pharma manufacturer applies for the drug’s renewal by way of an abbreviated new drug application.”

This implies that if India FDA’s testing of the drug shows the formulation and ingredients produce the same efficiency, or bioequivalence as the branded version, the FDA will approve its sale as a generic pharma product but under a name based on the drug’s main salt component.

In the US, the price tags of branded medicines are about five times higher than those quoted for generic medicines. According to Tod Cooperman, President of an independent testing laboratory called ConsumerLab.com, a branded medicine priced at $100 apiece can have a generic version that costs consumers as low as $5.

In a report published by the Berkeley Research Group (BRG), the reason why branded medicines cost much more in the US is because over half of total costs used as basis in pricing a proprietary brand of medicines are actually costs paid to the middlemen and different stakeholders in the supply chain.

On the other hand, health insurers, Pharmacy Benefit Managers and government agencies received more than $140 billion in the form of discounts, rebates and other cost reductions granted by biopharmaceutical companies to non-profit entities to reduce the cost of medicines prescribed to patients. The patients therefore benefit from the reduced costs since they pay for medicines at discounted prices.

How India is Able to Control the Price of Generic Medicines

Here’s the thing, in India, drug manufacturing companies are required to sell their generic medicines through private pharma franchise entities. There are no US laws or policies that compel or mandate pharmaceutical companies in the US to release more generic medicines to make medicines more affordable to American consumers.

In America big pharmaceutical companies wield power over many of the conservative lawmakers who receive large donations for their political campaigns. Actually, those campaign contributions account as additional costs in determining the pricing of branded medicines.

“Health is a state of complete mental, social and physical well-being, not merely the absence of disease or infirmity.”